Currently in Australia, there are over 105,000 people who are homeless on any given night. In looking at the costing to the Australian Government of dealing with chronic homelessness, Common﻿﻿﻿ Ground Queenslan﻿﻿d has provided the following information:

Sheltered by Grace’s housing model comes in even cheaper than the common ground model at between $31.43 and $38.57 a day.

The Causes of Homelessness

The faces of the homeless are diverse in Australia. While the majority of homeless are men, there are also significant amounts of homeless woman, children and families on the streets or in transitional housing. There are also many different causes of homelessness and you may be surprised that you may know someone who is on the verge of being homeless. Homeless people are not necessarily homeless because of their own failures, but they may have been put out of their homes by family members or because they are fleeing a bad situation.

Why are People Homeless?

Being homeless doesn’t always mean that people are living on the streets. They may be staying with a relative or living in a temporary situation, such as motel. The reasons they are staying in such places can be as diverse as the people who are homeless. While some people are homeless because of mismanaging money, the number one cause of homelessness for many women and minors is domestic violence.

Half of the women who are homeless are escaping homes in which they, or their children, are in danger of being abused or have been abused by a spouse. Often times they have no place to go when they get out of a bad situation because they have been cut off from their family or they don’t want to be found and cannot go to someone they know. When they do try to get services, such as finding shelters to stay in, half of them will be turned away because there isn’t adequate housing for them.​

It is more difficult for people with families to get services or find shelter when they are homeless. Shelters for families are difficult to find and, when they are available, they quickly fill up. This forces many families to go from shelter to shelter or rent temporary housing in order to have a safe place to sleep at night. They may even resort to sleeping in their car, if they have one.​

Many young people find themselves on the path of being homeless as well. They may have to run from domestic violence situations or they may have been kicked out of their homes by parents. Of the 105,000 Australians that are homeless at any given time, nearly half of them are between the ages of 12 and 34. During a census taken in 2006, about 21,000 homeless young people were between the ages of 12 and 18.

From our experience at Sheltered by Grace, another large group that makes up homeless in Australia are single men over the age of 30. Many are struggling with family break ups, loss of a job or business and possibly alcohol and drug dependency who suddenly find themselves without a home or support. It is at this time that depression and alcohol or drug dependencies become evident.​ 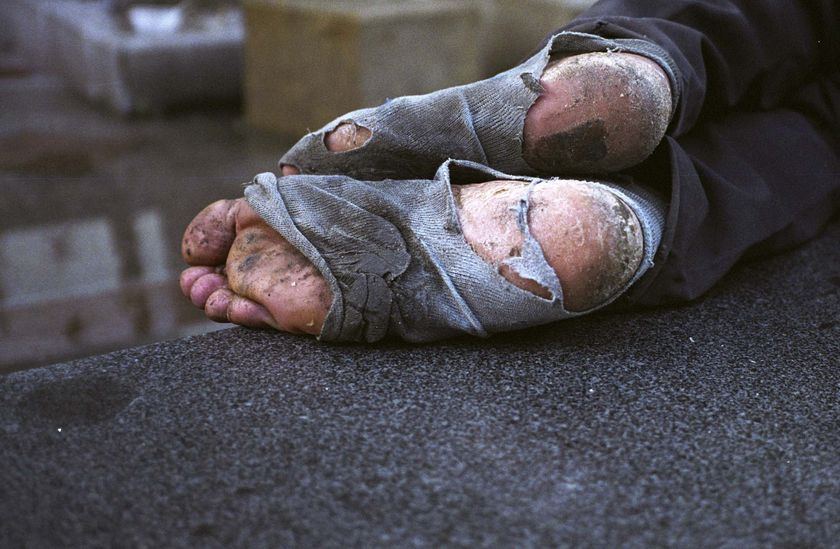 The Role of Poverty in Homelessness

There is a long list of the causes of homelessness, but poverty is one of the main causes. Housing costs in many cities of the country are high and they are continuing to rise because of the high demand for rental properties in Sydney, Perth, Brisbane and other major cities. With limited options, those who are poor may find themselves without affordable housing options and end up being homeless.

Poverty affects many people in Australia, especially the elderly who are on limited incomes, children in one-parent households, women, and indigenous people. Not only are limited incomes some of the causes of poverty, but so are addictions to alcohol, drugs and gambling. Poverty can also be caused because of mental health issues and the inability of people to take care of themselves due to poor mental health.

How the Homeless Get By

Some homeless women, and even minors, may prostitute themselves in order to survive. This creates more problems because of crime and it can lead some people into drug or alcohol addictions in order to overcome their guilt or aversion at what they have to do in order to take care of themselves.​

Hygiene can be a problem for those who are living on the streets as well, especially when they are turned away from public restrooms because businesses don’t want them in their establishments. However, there are some shelters, churches and other charities that offer places for the homeless to get cleaned up in order to transform their situation. Unfortunately, they can be few and far between.​

Who Helps the Homeless?

Many organizations dedicate themselves to helping homeless people get back on their feet so they can get a job and find a place to live. The Salvation Army helps homeless men, women and families by providing services and shelter, when it is available. While they are a religious organization, they try to practice non-discrimination when it comes to helping people in need.

The Australian Red Cross is another national organization who helps the homeless on an everyday basis. They help advocate for the homeless and provide them with services to try to prevent people from becoming homeless. They also provide services and programs to help those who find themselves homeless and who need help. The Red Cross also has a program dedicated to help the elderly stay in their homes to prevent them from losing them and becoming homeless.​

Sheltered by Grace is an organization that is dedicated to transformation in the lives of individuals, and we believe that a safe and secure roof over a person’s head is the first and most critical step in beginning to end homelessness.​

How Can You Help Transform the Lives of the Homeless 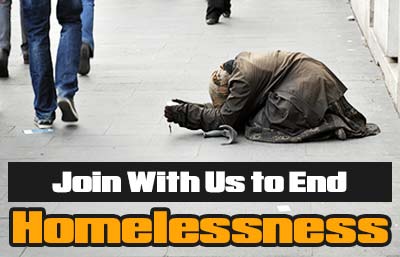